It has been sometime since I trod the ashen wastes of the 41st Millennium, distracted as I have been with the freedom of the highway and Dark Future (here ). Not that I have managed to accomplish very much, having only painted four of the vehicles, but the pressures of work and family life take a terrible toll on the modeller's life!

However, thanks to my new tablet (Kindle Fire HD) it is now possible for me to blog from, well, anywhere with a wireless connection. This has provided me with (technically) more time to blog (though the wife has just discovered it has LOVEFILM and pesters me to watch movies and old episodes of Downton Abbey) and hopefully update the three of them more equally.

Today, we will be exploring the musty (yet hallowed) pages of White Dwarf 97. An issue packed with goodness of an Old School nature. So without any further ado, let's get going... 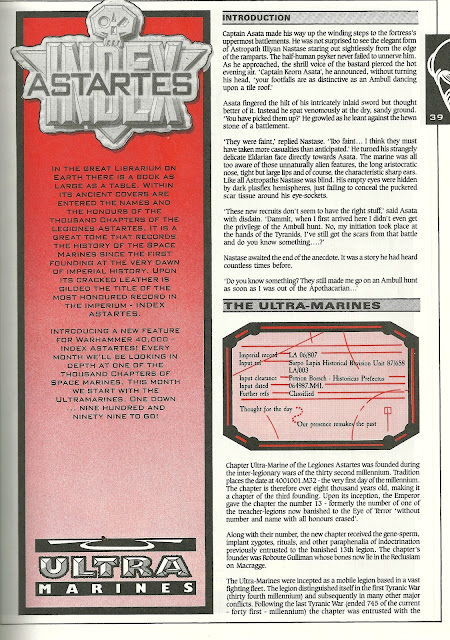 I present for you a little slice of history, the first ever edition of Index Astartes, concerning (who else?) but the Ultra-Marines - yes, that is with the hyphen. Here we meet a radically different protrayal of the famous chapter, with a few key concepts already in place - such as Macragge, Calgar and the Tyranic Wars, though much else is different. The meatiest Rogue Trader article yet. The link is below.

PS: I have added a short Chapter Approved article from this issuing concerning the 40k dateline. 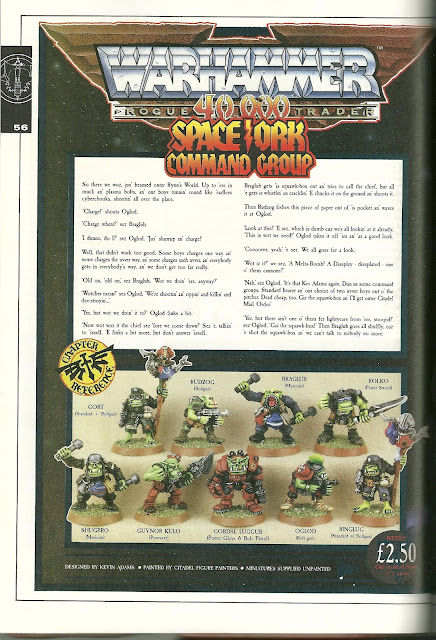 Now this is a special release of Rogue Trader era miniatures. Why? Well, we have here some of the more rare models as well as some of the most popular, all designed by Kevin Adams. Starting with Gordal (bottom centre) with his red power armour, this orc appeared many times on the pages of White Dwarf, rule sets and even on the first series of Combat Cards. The ultimate early RT Ork command figure!  Other models of note are the two musicians, particularly Braglub who has only been seen in this ad! Anyone got him? The two standard bearers are also fiendishly rare. A fantastic set. 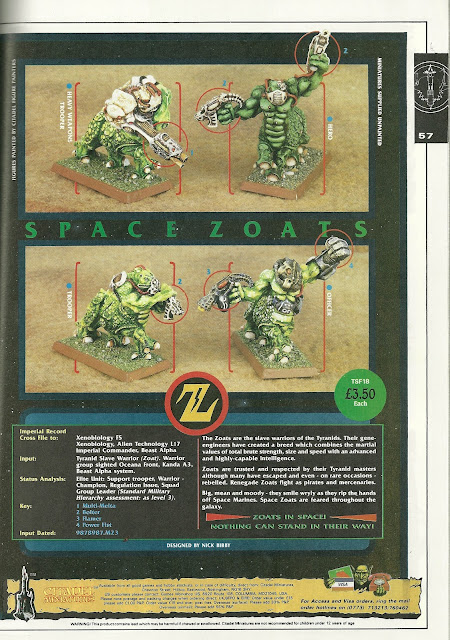 While we are on the subject of rare models... here are the zoats. You do see these models a lot on line, so perhaps the word rare should be replaced with the word expensive. Ugly great chunks of lead that they are, they have an old school charm. Early versions of the tyranids. 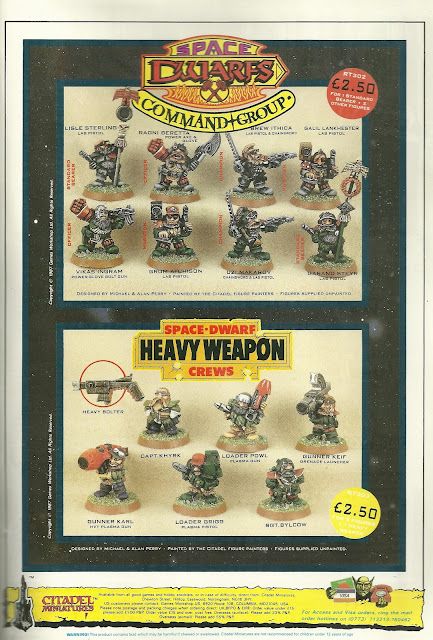 Finally, command figures for the space dwarfs (not yet squats) and some impressive hardware to boot! These are lovely models, don't you agree?